XXL goes extra-extra large with the help of AutoStore™

When sporting goods retailer XXL ran out of space in 2010, they installed the AutoStore warehouse automation system. After eight expansions, they’ve now become the largest AutoStore facility in Norway.

In 2010, Norwegian sporting goods chain XXL ran out of space. That’s when they found out about the AutoStore warehouse automation system, empowered by Element Logic, which provided them with an effective, comprehensive solution.

XXL offers a wide range of sporting, fishing, and outdoor gear and equipment via  brick-and-mortar and online stores. Based in Gardermoen, Oslo, the company is the largest and fastest-growing sports retailer in the Nordic region.

A total of 5,500 people are employed by the company, most of whom work in one of their three warehouses in Norway, Sweden, and Austria.

XXL originally opened its doors in 2001 and launched its first online store in 2002. By 2010, the company had grown so much that the pallet racking and lift trucks they were using in their Norwegian warehouse had become cumbersome and inefficient.

It was time for a change.

“We had issues with space and where to store our goods,” recalls Kai-Remi Berge, XXL’s AutoStore Manager. “[But] we had new warehouse space, and after doing some research, we decided that we liked the concept of the AutoStore system.”

The company needed a better way to store their goods (many of them small items) and a more efficient solution of getting goods to their customers.

“Efficiency has always been important to us,” adds Berge. “Initially, we were unsure if AutoStore was the right system for our products, as it was so new at the time. But we liked the idea.”

The installation process was set in motion and, without any hiccups, XXL soon had a warehouse automation system in their Norwegian warehouse that exceeded their expectations.

“We’ve had the AutoStore system for years and don’t regret it for a second. It has improved our logistics and shortened shipping times for our customers.”

The advantages of AutoStore

When XXL first started exploring their automation options, they quickly realized that they needed a system that could grow with the company – a goal they’ve most certainly reached. Since they first installed it, the system has been expanded eight times.

While they started with a relatively small AutoStore system that consisted of 10,000 Bins and 10 Robots in 2010, they now run their Norwegian warehouse facility with 86 Robots and 158,000 Bins. The system also incorporates a total of 23 workstations, including 22 CarouselPorts and one RelayPort.

XXL uses two different picking methods in this facility: one for picking goods for stores and another for picking items for online customers.

Berge also specifically mentions improved logistics and shortened shipping time for XXL’s many customers, all thanks to the fact that the system is highly efficient and reliable. “We have a guaranteed uptime of over 98% at the facilities,” says Berge, adding that they solve nearly all issues on the same day.

For Berge, another significant advantage has been that it’s easy to learn how to use the system. Within minutes of receiving training, Berger and his team knew how to operate it.

As the ports are separated, it’s also been easy to maintain COVID-19 social-distancing regulations, Berger adds. “We haven’t had any obstacles at work during the pandemic.”

XXL has had the AutoStore system for over a decade now and still doesn’t regret it for a second. “It has improved our logistics and shortened shipping time for our customers.”

From small to Norway’s largest facility

Throughout all these expansions, the warehouse has always been fully operational. “We didn’t experience any issues using the system as normal during the expansion(s). We moved and expanded one part of the system at a time.”

For Berger, having an expansion plan in place from the get-go was key to XXL’s success. To conclude, he advises other AutoStore customers to consider future expansion when they start planning their new warehouse facilities.

Want to learn more about this case?

Talk to an automation expert.

Varner, one of the biggest fashion chains in Scandinavia, wanted to build the world’s best-automated warehouse. Find out why they picked the AutoStore™ system. 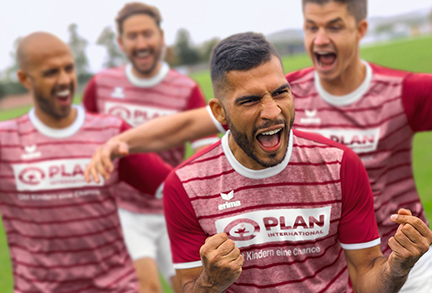 German manufacturer and distributor of sportswear, ERIMA, chose AutoStore™ to seamlessly move 3.5 million products from nine warehouses into one location.

Empowered by
AM Logistic Solutions

Let’s figure out how you can benefit from AutoStore

AutoStore can fit any warehouse or fulfillment center. Make yours the next.